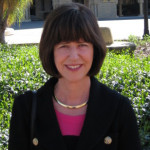 Mrs. Sabraw graduated from Stanford University in June, 2014, with a Master of Liberal Arts degree. Her thesis concerned the work of Anglo-German author, W.G. Sebald. She focused her research on his 2001 novel Austerlitz and contended that it represented a portable memorial to the Holocaust.

You can read her writing at www.CheriBlockSabraw.com