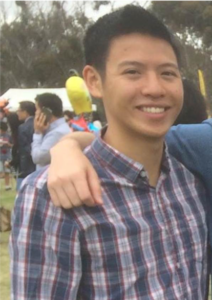 Mr Yung graduated from the University of California, San Diego with a Bachelor’s of Science degree in Probability and Statistics and a minor in English Literature. Initially going into college with the intention of majoring in Political Science, it would seem that teaching secondary mathematics was not part of his plan, yet he credits his career to those formative experiences back at a Charter school in San Diego. It was in that experience that he realized the power of secondary education and with that came the opportunity to work as a substitute teacher in Chaffey Joint Union High School District. Mr. Yung then earned his subject credential in mathematics at the California State University, San Bernardino. Currently, he teaches Geometry and Foundational Algebra (GFA), Algebra 1, and Intro to Statistics at John F. Kennedy High School where he is inspired to encourage young people to see the value that math plays in their daily lives.

The lessons of youth are the foundations of their future, and with this maxim, Mr. Yung is focused on ensuring that his students seek their passions, their hopes, and potential. He is excited to join the team at Mill Creek Academy where he will continue to engage young students in becoming jazzed about the power of math. His young, vibrant, and genuine sincerity has him eager to invite his students into the world of numbers and more.

Outside of the classroom, Mr. Yung enjoys reading literary classics and philosophy, meditating, dancing K-pop, and drinking boba, all the while in pursuit of teaching himself Freshmen College Physics in his spare time!