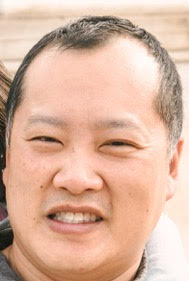 As a native to Southern California, Mr. Liao moved to the Bay Area to pursue his collegiate studies where he received his Bachelors of Sciences in Psychology from UC Berkeley and Biola University. Upon graduation, he went directly into Law School and began practicing law as an Estate Planning Attorney. After many years in the field, he felt the need to venture into a field where he would add value to the lives of young people. It was back in 2010 when he decided to follow his passion for Math and History. Earning a Single Subject Credential in both History and Math from California State University, Long Beach, Mr. Liao graduated at the top of his class and took his experiences directly into the classroom.

Since that time, he has been part of the faculty team at Milpitas High School where he has taught all levels of Math, in addition to, World History and U.S. Government. Currently, he teachers AP Statistics, AP Micro / Macro Economics. Mr. Liao enjoys teaching because he believes that these subjects have real-world relevance in an era where data and quantitative analysis is an important skill to master. He considers himself unique to have expertise in two different subject areas that are drastically different.

When he is not in the classroom teaching, he spends his weekends dreaming about running ultramarathons! As a lover of sports, he follows baseball closely and enjoys reading and tackling crossword puzzles while also spending time with his two young children. Mr. Liao looks forward to the opportunity to engage with the students at Mill Creek Academy.